Just recovering from talking myself hoarse at last weekend’s Overland Expo, a few miles east of Flagstaff. Now in its third year, OX is an event similar to the Horizons’ rallies with talks, round table discussions and panels, but covering trucks as well as bikes and with an Adventure Film Festival hosted by Austin Vince plus rider training, ride-outs and even a GS rodeo laid on by Rawhyde.

Most would agree the new location was a great improvement over last year’s scorching, dusty venue near the Mexican border, but it didn’t stop strong winds on Friday giving some of the rigging a good work out. The weekend weather itself was about right if you’ve just come out of a Brit winter (or Phoenix at nearly 40 degrees for that matter) and was even topped off by an annular eclipse just as the climactic barbie kicked off.

Between talks I was supposed to spend my time at the authors’ and film makers tent, flogging some books and vids alongside fellow motards Gaurav Jani, Ted Simon, Rene Cormier and Carla King who every so often was spotted power sliding a Ural outfit while small children clung on for dear life. Other names I can drop include Tiffany Coates, the enigmatic Andy Goldfine from Aerostich, as well as Aussie outback legends Ron and Viv Moon who do not ride motorcycles.

Austin and I took Ken and Carol Duval’s aged 800 GS out for a spin and wondered how they managed to ride that thing RTW for 16 years; it exhibited some very unnerving steering characteristics.

I may well be there next year flogging the new AMH and talking some talks. Until then here are a few pics sent from my iPad so the layout’s a bit basic.

They came from the four corners of North America.

One of the only Teneres in the US – a Brit reg’d XT owned by US resident, Paul. He’s been asked hundreds of times if he wants to sell it. 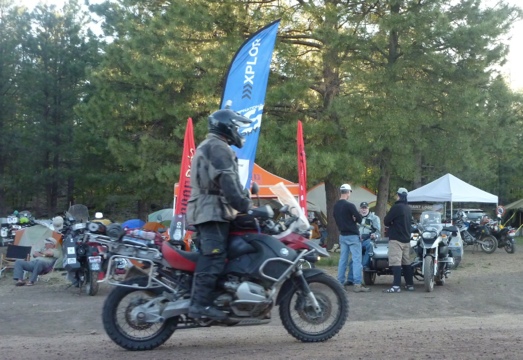 Standing room only at the moto end of the show. 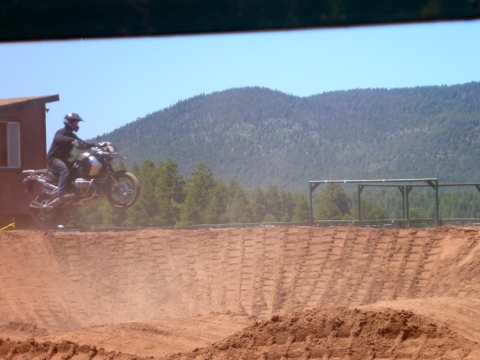 Getting some air during the GS rodeo.

Austin Vince, Gaurav Jani and Mike prepare to face the inquisition of the curious.

Ted Simon addresses the throng at the US launch of the foundation which carries his name.

Meanwhile just down the track Al Jesse launches his Big Ass range alongside a Triumph Explorer.

This hefty old luggage suite caught my eye on a GS twin. The Airhawk seat strikes a chord too…

A GS gets put through its paces by the Rawhyde posse. 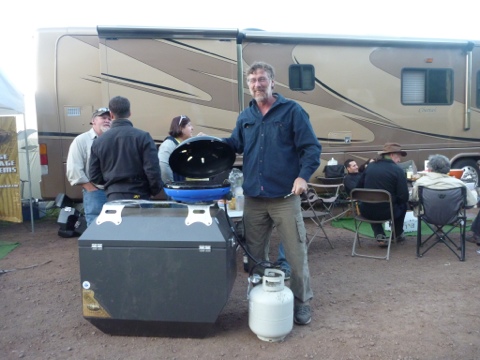 About half the 150+ bikes at the expo were GS twins. 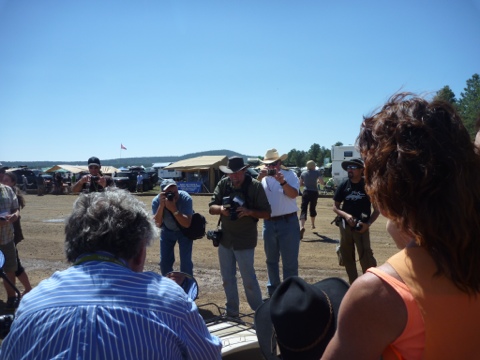 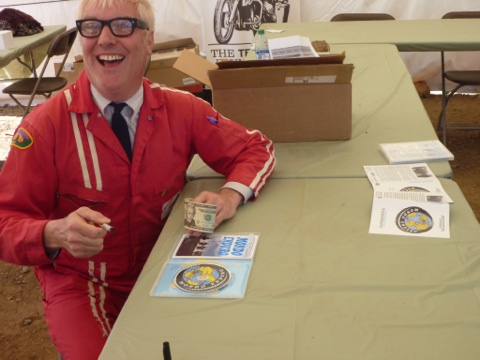 AV signs in and snatches another quick buck.

The eclipse begins as the expo draws to a close.