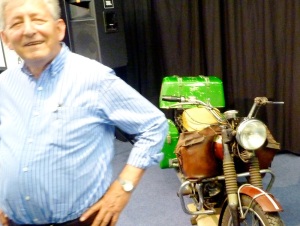 Going round the world, anyone can do it now… said the 81-year-old Ted Simon in a recent interview on BBC Radio Four (FF to 41 mins). In 1973 when he set off on his Triumph he (admittedly mistakenly) thought it’d never been done before. That honour may go to Carl Stearns Clancy and his 7-hp Henderson Four, some sixty years earlier.

It may have just been a throwaway comment extracted from a long interview, but it made me wonder: is it so? What is the difference between the eras of Clancy, Simon and today’s RTW rider? The machine has existed for well over a century and the human urge to explore is of course ancient.

Anyone can do it now because it’s seen as a less unpredictable endeavour, thanks largely to more sophisticated technology and greater access to information. Just as with sailing across that Atlantic, you can be pretty sure you won’t tip off the edge of the world. Anyone could ride around the world at any time in the last century, but before WWII it would have taken the wealth most commonly gained from a comparatively privileged background to pull it off, as was the case with many adventurous journeys completed in that era.

Because of a number of factors that might be summed up as greater social mobility, many more of us can do and become so many things that we couldn’t do fifty- or a hundred years ago; there’s far more opportunity. Perhaps what Ted Simon really means is that while more do set off to ride RTW than ever, few are managing to articulate it with the values he admires. With its popularity ‘adventure motorcycling’ has become a form of tourism and some think that diminishes the enterprise.

But however you do it, around the clock in 21 days or over several years spending months parked up in one place, especially alone and off your own back, it still takes a form of commitment, endurance and dedication that’s far from commonplace. It’s the same debate about the Age of Exploration being over. Not for me it isn’t. 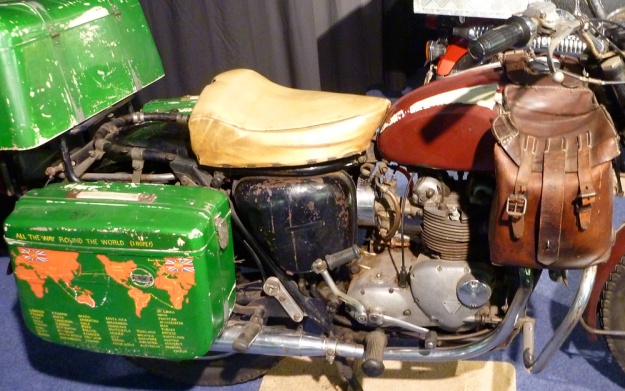